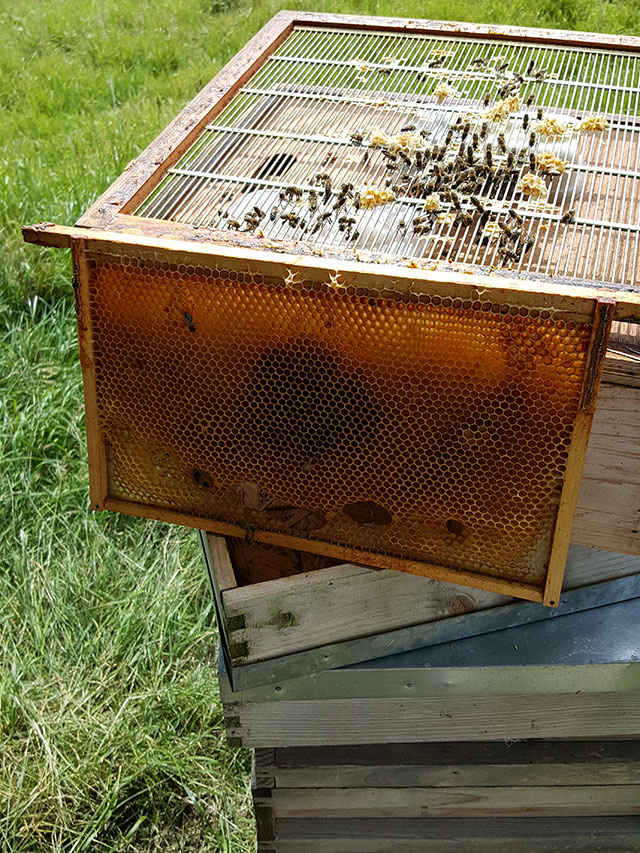 I have had a habit of leaning frames up against supers on the roof. Avoids putting the frames on the floor.

Having inspected the hive I was content: plenty of eggs, larvae and brood.

I am getting much better at spotting queens and was disappointed not to have seen her. As I put the hive together it occurred to me that I hoped I had not missed her on the frame I leant against the supers.

Do not be stupid I thought to myself. Nice big queen. Only beginnings of eggs on that frame I had leant on the supers and not many bees.

I put the supers back on and, nagging doubt, just looked at 20 or 30 bees milling around in the upturned roof.

There having a bit of a canter to get out of the sun was the queen.

Salutary lesson, stop bad habit. Always use the frame hangers, even when in a rush!