I sealed some old frames after a bailey comb switch in a thick green bin bag. To store until I had made a homemade steamer to melt the wax out. This was left outside the bee shed.

Later, I walked around the corner to see a mass of bees. It seems I had caught the bag with the lawnmower making a hole in the corner. It appeared a small swarm was going in.

I managed to have time to have a look and was surprised to see one of my queens, marked with a clipped wing.

I have clipped all my queens this year. I am busy at work and if the weather is not kind when I am free from work I struggle to keep to the inspection timetable. I was expecting if I missed a swarm, the queens would drop and the workers return to the hive. At least that was the theory explained to me by an ancient bee keeper.

It became apparent Hive number 9 had no queen. Sealed queen cell and missing a queen fitting the description. 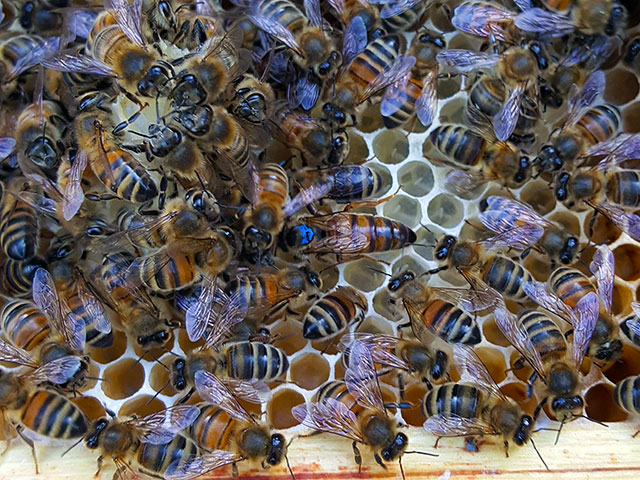 How did she get 50 yards to the new box? Did she walk? The picture clearly shows she has a clipped wing?