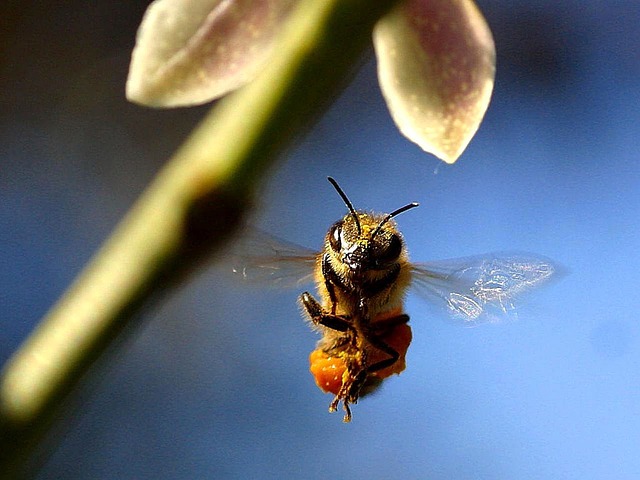 I hope that with Covid 19 forcing many of you to work from home that you were able to take advantage of the brief interlude of warm weather towards the end of March to take a quick look at your bees to see how they have overwintered.

Even if when you looked, everything seemed fine, they are not out of the woods yet as when I looked at mine they had plenty of pollen stores but not enough (at least 2 frames) of nectar to get them through a week of poor weather. Remember that when it is cold, plants do not release nectar and because different plants release nectar at different times during the day, cold mornings or early cold evenings can restrict the availablity of nectar even though it seems that there are plenty of trees and shrubs blossoming.

With the corona virus threatening our lives and economy, we, like the bees we are at the mercy of globalization. It is almost 30 years ago that varroa entered the UK, rapidly spreading from the South of England to Scotland in a matter of years. For many beekeepers the advent of varroa proved too much and there were many hobbyist beekeepers who gave up at this time. Importing queens and bees is thought to have contributed to the spread parasite.

Today we are faced with the threat of the Asian Hornet which is thought to have been brought to France in 2004 in a box of pottery imported from China. It has since spread to Spain and adjoining countries and is now established in Jersey. If we want to preserve our pollinators (it doesn’t only predate on honeybees) we need to be vigilant at this time of year when the overwintered mated queens are starting to produce colonies.

In the last few years it was members of the public who alerted bee inspectors to the presence of hornet queens and they were able to destroy nests, so we need to keep the public aware of this threat and engage them in actively looking out for these hornets and as beekeepers who are now confined to home we should also be alert to putting out traps and being aware that we could see a queen. If you do, take a photo and send it to This email address is being protected from spambots. You need JavaScript enabled to view it. or there is an App available on Apple and Android (Asian Hornet Watch)

I am very grateful to Siobhan who, under the threat of the dissolution of the Association has stepped into the Chair. She has taken over at a difficult time as decsions will have to be made regarding swarm collection while observing social distancing. It is important that as beekeepers we do our best to prevent swarming as swarms can cause a nuisance and need to be destroyed if they inhabit the infrastructure of houses. We also have a limited number of new members who are not deterred from starting out beekeeping despite the fact that any mentoring will have to be at a distance. Hopefully they will find that there is sufficient support via distance learning!

Thank you all for the lovely camelia I was given at the AGM. It has started to flower and has a lovely open flower with pollen stamens clearly visible, hopefully good for pollinators!