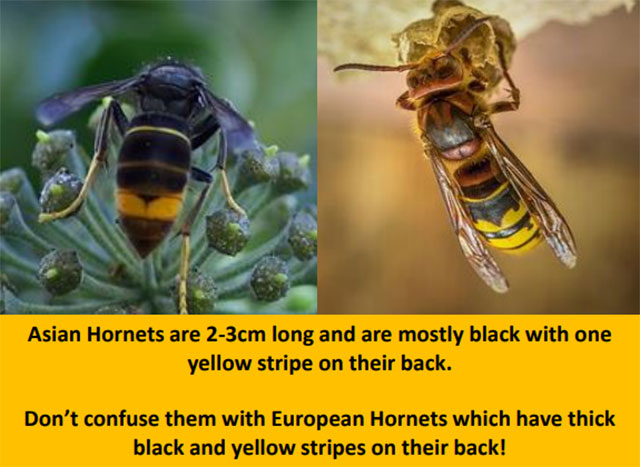 There is now an imminent threat to that this non-native species will start ot breed in this country. If it does so it will quickly spread throughout the country so it is imperative that any sightings of the hornet are immediately reported to the Non-Native Species Secretariat. It is possible to prevent Asian hornets from establishing in the UK, and a key part of this will be detecting any queens as they emerge from hibernation with queens emerging as early as February, now is the time to be vigilant.

How to distinguish the Asian Hornet from our native European Hornet:

Further infortmation can be found on the BBKA website

Please download our helpful factsheet and place it on local notice boards and windows. The more awareness that there is in the public eye, the better for honey bees.